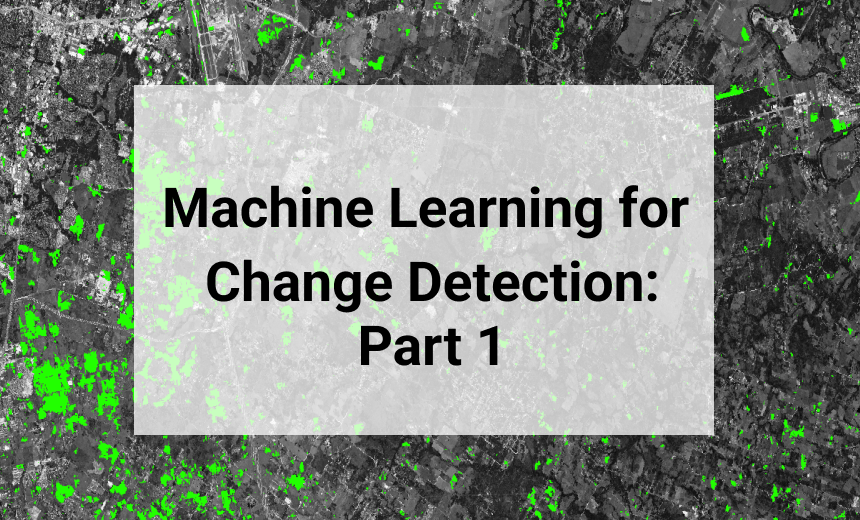 This blog post is part one of a four-part series, “Machine Learning for Change Detection”.

We combined Open Source Machine Learning tools with satellite imagery from Planet and parcel data from Regrid for Austin, Texas, to create this four-part series that will explore:

Part 1: Where the Austin area has seen the most growth in the last five years

Part 2: What, specifically, has changed

Part 3: What is likely to change in the future

Part 4: The technical details of the methods we used

We made a change detection map for an area of 6,750 sq. mi. using Planet’s satellite imagery.

This took less than five minutes using GPU-enhanced geospatial analysis and a single NVIDIA A100 GPU. 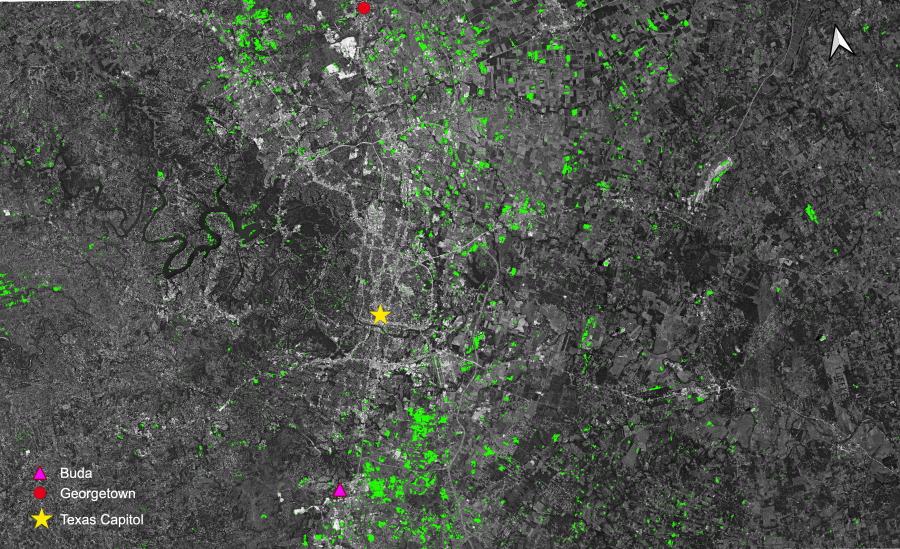 Areas in bright green changed land cover type between 2017 and 2022.

Takeaway 1: A lot of the areas of development have connected the sprawling city of Austin with adjacent communities such as Buda and Georgetown. This is creating a large, interconnected metropolitan area.

Takeaway 2: Development is concentrated along the north-south I-35 corridor as opposed to the east-west vector, which more closely follows the Colorado river and highways 71 and 290. 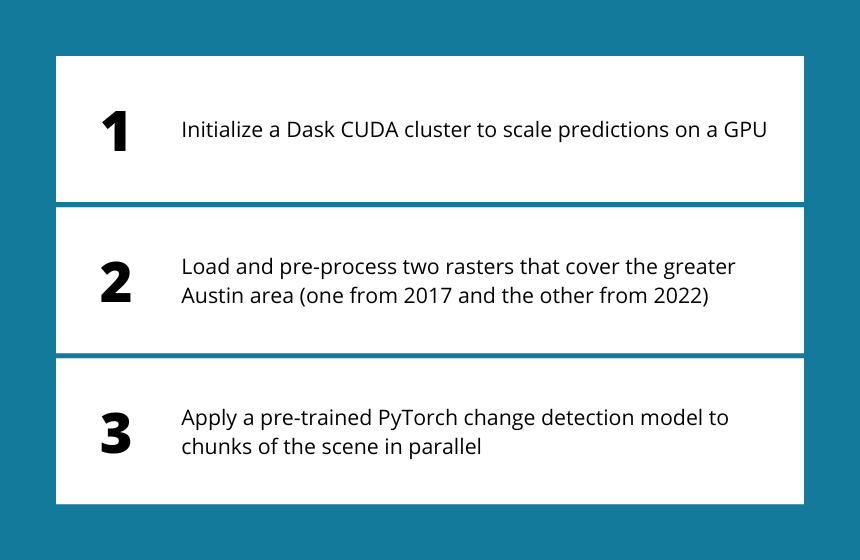 We used the following open source tools for this analysis:

We will dive deeper into the technical details of our analysis in part four of this series.

What’s Next in this Series

In part two, we will zoom in on specific areas to better understand what has changed.

What would change maps of your local area look like?

What other takeaways did you get from this map?

Let’s start a conversation on Twitter @makepathGIS, or email us at contact@makepath.com.